In 1966 two significant things happened; England won the World Cup and Peter Bennett bought some land on leafy Clough lane in Hightown, Liversedge.  The significance of these two events is that whilst England’s win gave a great moral boost to the whole Nation, Peter’s purchase was the foundation stone of “Bennetts” as it is today. Thanks to his enterprise the Bennett family have faired somewhat better on their green patch than England have managed on theirs!

Peter Bennett started life delivering milk and other produce in the local Spen Valley area. His reputation for hard work, honesty, reliability and good produce at fair prices ensured that the business was a success. When the opportunity to buy land arose he did not hesitate. 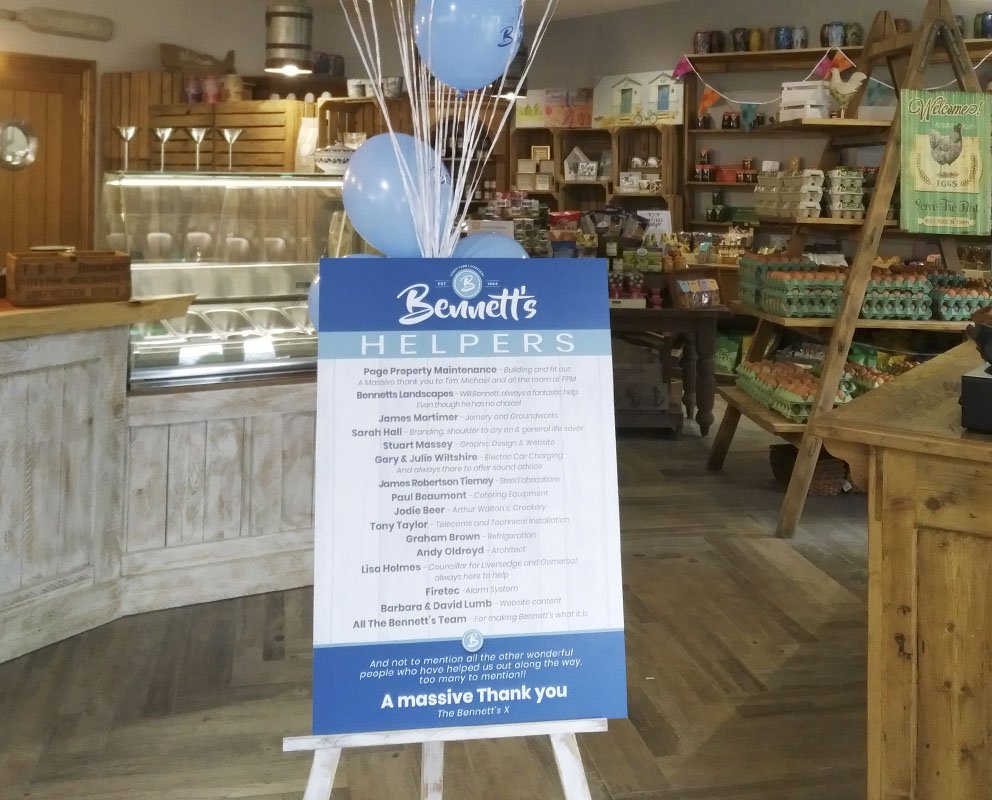 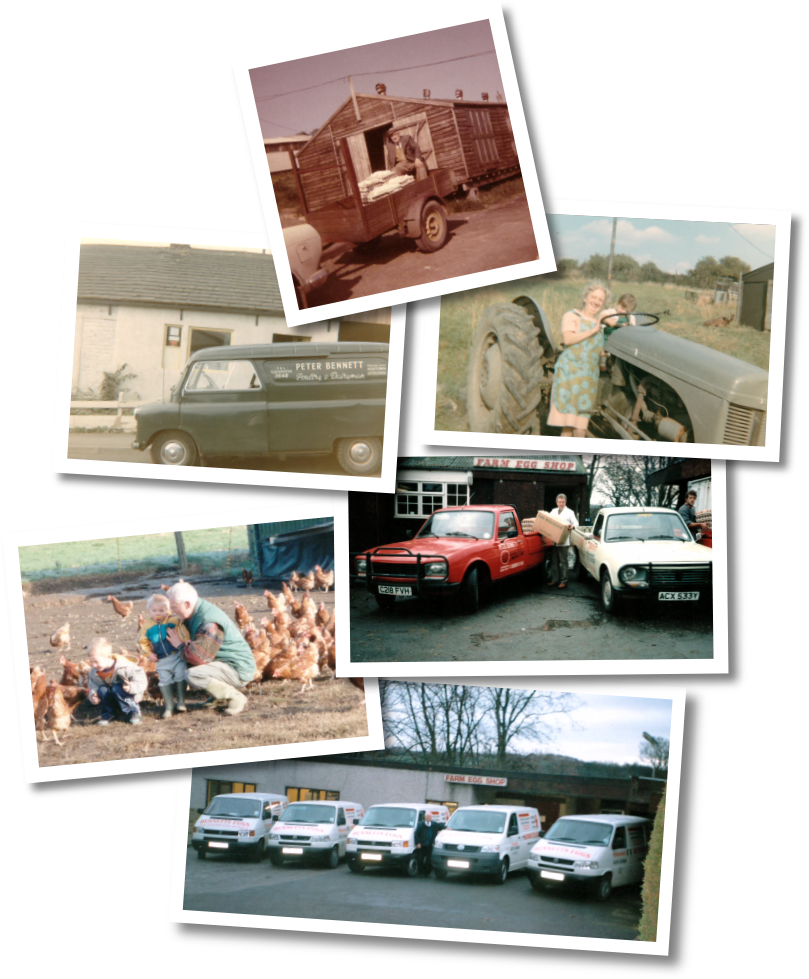 So welcome to “Bennetts” at Croft Farm...

Here at BENNETTS we owe a lot to our feathery friend, the humble chicken! Had it not been for Peter’s brother Tony Bennett buying him some chicks as a boy Bennetts eggs would not have been founded…

Before Peter bought the land, it had been used for allotments. He started by building his first chicken shed.

Over the years as the business thrived there has been many changes. More chicken sheds were added, and Peter also become a pig breeder.

By now Peter was married to Amanda with two boys Oliver and William. The Bennett team was complete.

It is very much a family affair at Bennetts, Amanda is a real “foodie” and loves cooking. It was Amanda’s idea in 2013 to take the business in another direction and open a purpose built coffee shop “The Garden Coffee Lounge” This was such a success that planning soon began for a bigger and better one to include a bistro, coffee house, shop and ice cream parlour. Six years later the dream became a reality. “BENNETTS” WAS BORN.

The egg business is still an important part of the enterprise, but this is left mainly to Graham and Jimmy, two long serving trusted employees.

William doesn’t like to be cooped up indoors. He is much happier operating a tractor than an expresso machine, so his role is to keep the farm running, tend the animals and general maintenance and repairs. He always plays a huge part in the practical side of any development work.

Regretfully due to illness Peter can no longer play an active role in the business but he still enjoys a cup of coffee and a delicious cake in the café perhaps keeping an eye on things to ensure his customers are satisfied as he always has done.

He need not worry. Amanda, Oliver and an ever- attentive, friendly staff ensures a warm welcome to all ages.

We are located on Clough Lane in Hightown, Liversedge in the Spen valley in easy driving distance from all the major towns and cities surrounding us and everywhere in between. 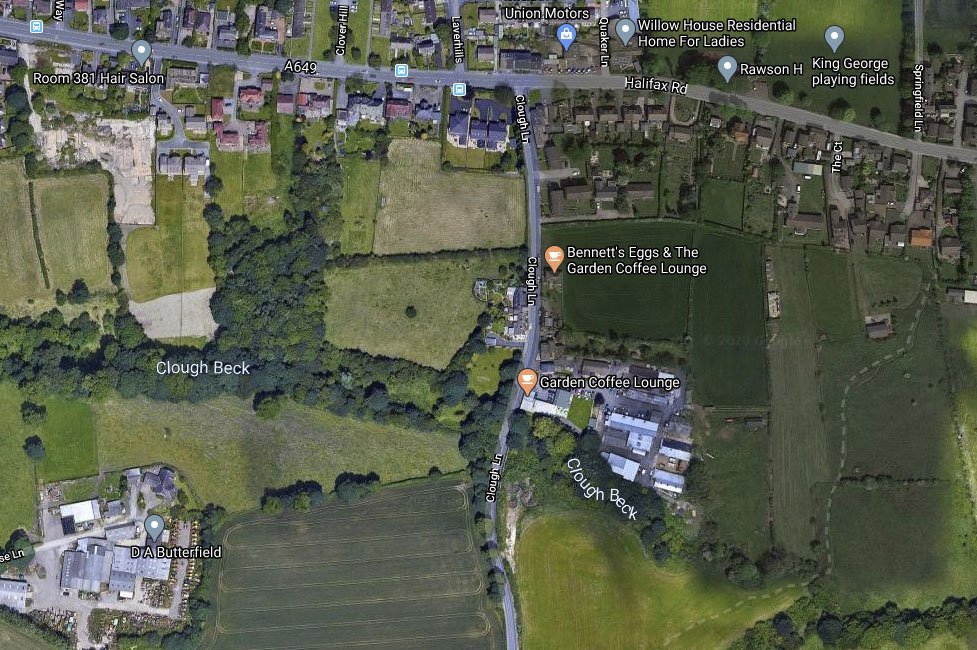 We have a wealth of local history on our doorstep.

Liversedge is one of the villages and towns which makes up the Spen Valley, an oasis in the centre of the large Conurbation of Leeds, Bradford, Halifax, Huddersfield and Wakefield. It’s a patchwork of settlements and green open spaces crammed full of history and literary heritage.

A few facts about Liversedge

There are numerous walks across the fields and lanes. Most of these walks will give you panoramic views over the Spen Valley towards Gomersal and Staincliffe or over the Calder Valley with Castle Hill and the Pennines in the distance.

There are dedicated walks like the Kirklees Way, several Bronte Trails and the two-part Luddite Trail produced by the Spen Valley Civic Society which together covers a walk of about 10 miles.

Bennetts is also not far from the Spen Valley Greenway and the memorial wood dedicated to the late MP Jo Cox.

But in the main, there is always a pleasant walk to be had, whatever the weather! And we find that our doggie friends enjoy the muddier pathways the best.

You can enjoy a gentle stroll or a more challenging walk before re-fuelling with some fabulous home-made food at the Bistro.

Book your visit with us
×

We use cookies to ensure that we give you the best experience on our website. If you continue to use this site we will assume that you are happy with it.Ok